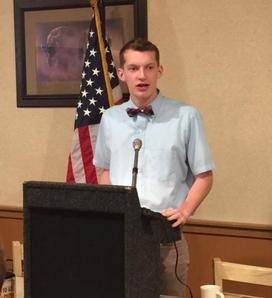 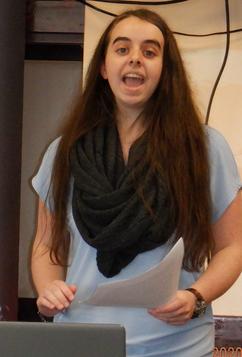 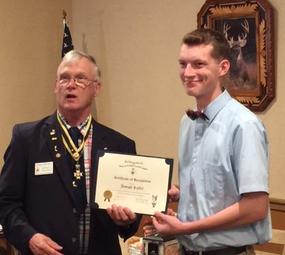 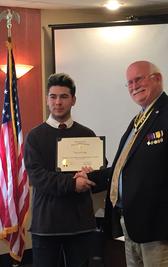 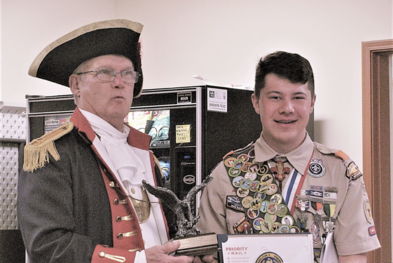 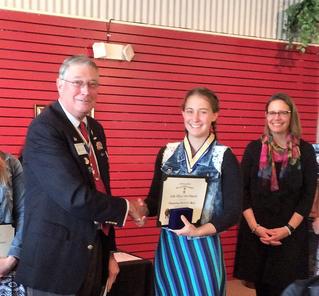 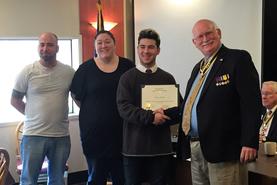 This outstanding academic student is a senior at Spanaway Lake High School.  He is a member of Student Government, National Honors Society, National Society of High School Scholars, and this summer he will be a member of the Congress of Future Science and Technology Leaders.  Nicco is in the Federal TRIO outreach program implemented by the U. S. Department of Education to help disadvantaged students.  He is in the top five percent of his class and is committed to attend Seattle Pacific University this fall.  He will be pursuing a major in Mechanical Engineering.​

Rumbaugh Oration Contest winner, Joseph Koffel, performed his oration talk for Spokane #1 Chapter.  The content of his talk was superb and well delivered.  It was about  Timothy Murphy, a celebrated Revolutionary War Sniper who fought at the Battle of Saratoga.  Sergeant Murphy is believed to be the sniper who killed a key British Commander at a crucial moment during the battle.

The Spokane Chapter was pleased to present Joseph with a $500 check for his oration. He also received an Eagle Scout certificate & patch for his Eagle Scout essay, and a Knight Essay certificate and Challenge coin for his Knight Essay entry. His parents were present for the oration and awards presentations, and proudly recorded the event for posterity. ​ 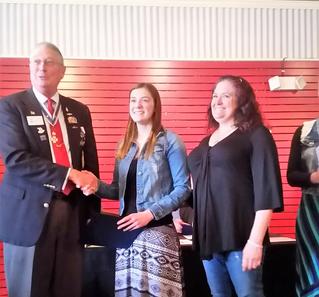 Taylor Carpenter is a homeschool student who has lived in Tri-Cities, Washington all her life. She is also a running start student at Columbia Basin College where she continues to have a GPA of 4.0, earning her a spot on the President's Honor Roll. For the past two years, Taylor has competed in the Veterans of Foreign Wars Voice of Democracy speech contest. She has also competed in the National Bible Bee for the past three years where she made it to nationals all three years and earned the perfect oral award the past two years.

Taylor is on the worship team of her church where she plays the piano nearly every week. She serves in numerous ways at church, and often helps elderly residents in her neighborhood. Taylor enjoys reading, especially biographies. She also likes to sew, quilt, study, and explore outside.

After Taylor graduates from high school, she is planning to go to Ethnos 360 Bible Training Institute. Her WSSAR 2020 winning essay on Women heroines of the American Revolution earned her third place honors nationally. 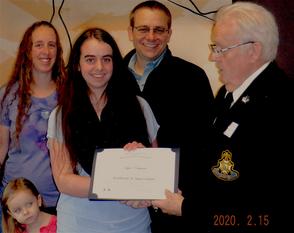 Cadet Lieutenant Junior Grade Cassandra Middlestead, of Roughrider Company, Port Angeles High School, placed second in the John Paul Jones Chapter, Sons of the American Revolution (SAR), JROTC Enhanced Essay Contest.  Cadet Middlestead’s application and essay were evaluated by the John Paul Jones Chapter in Bremerton. Despite the excellence of both her qualifications and the quality of her essay, she placed second by less than 10 points on a scale of 100, an impressive performance.