During the recent Patriotic Day (with Massing of the Colors), compatriot Mick Hersey received the SAR's Silver Good Citizenship award for his efforts both to honor deceased military veterans and to preserve historic markers and monuments here in Washington State.  SHORT CITATION: "In the past seven years, Marion "Mick" Hersey, on his own personal initiative, expertise and leadership, led veterans and civic groups in restoring to like-new condition, over one hundred veterans' memorials in the Puget Sound area and was instrumental in restoring all the monuments in the 'Washington Teritory', that mark the famous Oregon Trail." 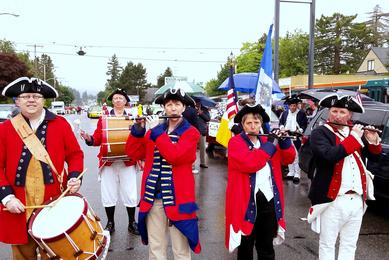 In order to facilitate updates, the two most recent stories are shown at the top of this page .  The remainder of the events on this page (below the green bar) are arranged from oldest to most recent.

During the citizenship ceremonies, new immigrants are  cordially greeted by members of the SAR/DAR,  and given a small American flag and a copy of the Constitution.  They are then asked  to place a pin in a big map to show where in the world they came from.   ​​

The 126th National Congress recently occurred in Boston, MA, birthplace of the Revolution.  Members from around the country, including representatives from the Washington State SAR, gathered to discuss the activities and goals of our great organization.  In their "off time" these representatives were able to get out a bit and visit the many historic sites in and around Boston.  Doug Nelson, president of our State Society, filed this report on the activities of the Congress upon his return to Washington State. 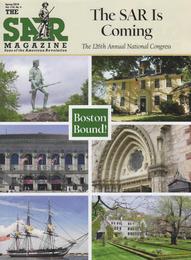 The Washington State SAR Color Guard, under the leadership of Color Guard Commander Bob O'Neal, recently welcomed its 40th member into its ranks.  This is especially astonishing considering that there were only 7 members in 2011.  Many of those who've joined in the last year or so are musicians, both men and women, who are part of the Fife and Drum Corps (led by Drum Major Viren Lemmer).

Kyle Abramamson, of Wellpinit H/S, recently received the SAR JROTC Medal.  Presenting the medal was Greg Riehl (wearing blue vest, above). Wellpinit is the only Native American JROTC school in Washington State.  At the awards presentation, there were 42 JROTC students in Army Dress Blues. Not bad for only having 78 high school students!

You may notice the yellow streak in Kyle's hair.  This is a school tradition to honor those students who qualify for the State Track Tournament. There were three such students in the JROTC class. Also, 7 JROTC students were on the roll of the National Honor Society. 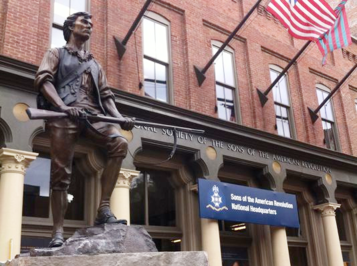 Art was born in Massachusetts, not far from his Patriot Ancestor’s home in Bedford, Massachusetts. Much like his Patriot Ancestor who proudly fought for his country almost two hundred years earlier, Art served in the 101st Airborne Division, military intelligence office during the Vietnam War. In 1975, he was honorably discharged from the military. He then went on to become a science teacher, spending most of his time with the Spokane Public Schools. In 2003, after retiring from his teaching career and relocating to Olympia, WA, Art began to research his Revolutionary War roots. Shortly, thereafter, he discovered the S.A.R. Art’s love of teaching, along with the education program of the Alexander Hamilton Chapter, has allowed him to hone his craft in a completely new content; The American Revolution. Art is an active member of the Alexander Hamilton Chapter. Not only has he given group presentations to young and old alike, he has also participated in parades and civic activities as a member of the Color Guard. Art is always interested to learn about the Patriot Ancestors of other members. His experience with the S.A.R has been a positive one. 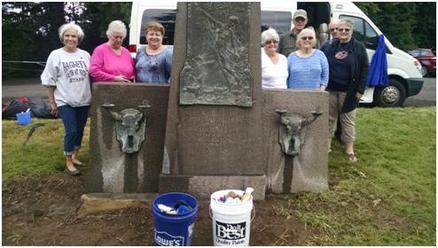 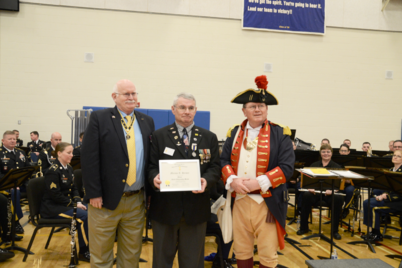 The Western Washington Regiment, Fife and Drum Corps, is making quite a “splash” during parades and ceremonies.  Recently, the all-male corps was joined by Terry Barker and Stephanie Conroy, two courageous DAR ladies from the Susan Woodin Chapter.  Both are experienced musicians; Terry plays guitar, and Stephanie the flute and trumpet. Other DAR women have also expressed an interest in joining up. 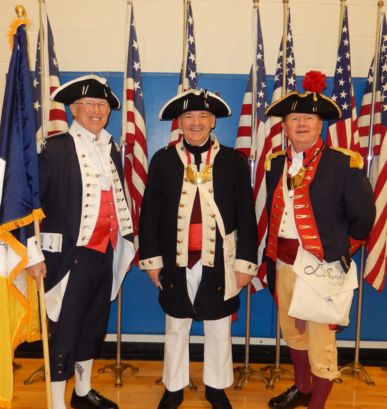 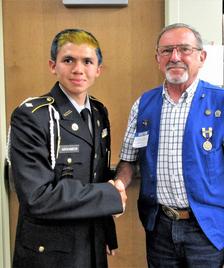 All across Washington State, on September the 17th, immigrants from around the world took the final step in their journeys to become American citizens.  For many, undoubtedly, there were many struggles involved in leaving their homelands and making their way here to America.  They were probably apprehensive and even afraid, yet still they came. Like all of us who came before them, the allure of freedom and opportunity was irresistible..  E-Pluribus Unum!  Let freedom ring. 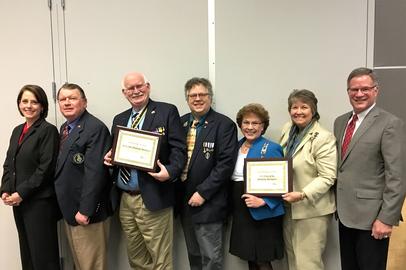 In preparation for the centennial birthday of the "Oregon Trail" markers, Mick Hersey and a group of volunteers recently restored the bronze plaques to their original beauty.   The group consisted of 3 DAR Chapters, and 2 SAR Chapters.  Mick taught the volunteers the proper cleaning and restoration methods.

There are 11 markers along the trail - spread out from Tumwater to Vancouver - that were placed by the Sons and Daughters of the American Revolution, beginning as early as 1916. Almost all of the markers are identical except the marker at the head of the Washington side of the trail, in Vancouver.

Planning for this restoration project took over 6 months, and began with the task of securing permission from various parties.

On March 2nd-4th, six of our members and two spouses attended the Spring Leadership Conference in Louisville, KY.  Many items were discussed, some of which will have a direct impact on the Washington SAR.  For instance, the recent Massing of the Colors ceremony that was held at Stadium High School will now be designated as a "National Event."  This change will make it easier for our Color Guard members to earn awards that are contingent on participating in a minimum number of such events.  Also discussed at the conference were guidelines for the Mentoring Program, as well as increases in the monetary value of various youth awards. 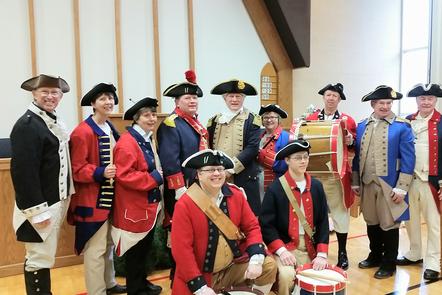 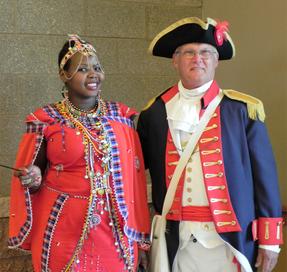