Music Teacher Roxane Hreha.  She majored in flute and has a group of young high school flutists that play together. 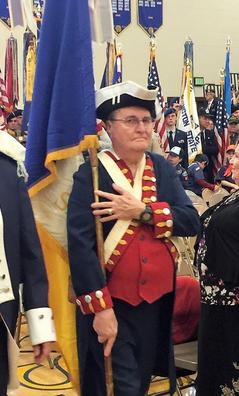 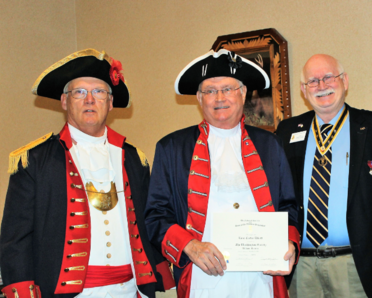 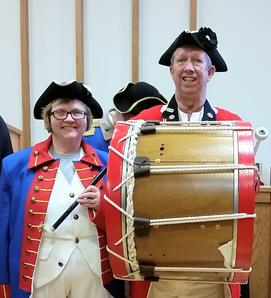 Lane Elliott (center), a US Navy veteran, who volunteered not only for the Color Guard, but also to become Spokane Chapter Treasurer.  Washington SAR President Doug Nelson swore him in as a new member and Stan Wills swore him in as Color Guard No.39  - in uniform! 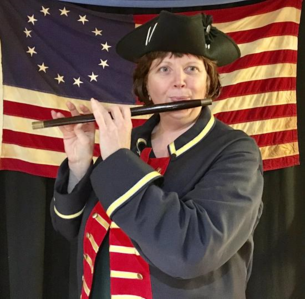 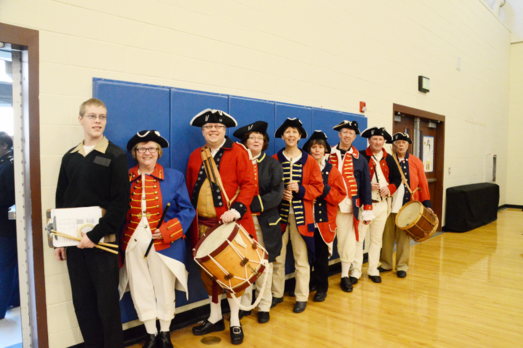 Jeannine Stephan (Left), wife of our Bass Drummer Skip Stephan.  She played a flute in high school and has picked up the fife with alacrity.