Viren Lemmer’s music career began at age 8, when he received his first drum! Several years later, while his father was stationed in Germany and Viren was in high school, he joined a German fife and drum corps. As a member of the corps, Viren performed for the Chancellor of Germany.  After High School, Viren immediately enlisted in the Air Force. It was during his enlistment that he was given the opportunity for an early release, in order to complete his bachelor’s degree, if he would agree to return as an officer. Viren seized the opportunity, and would later receive his commission.

While in college, Viren worked as a 'roadie' for 25 national touring bands. This covered a wide range of musical groups from Randy Travis and Reba McEntire, to Metallica. He also had stints with The Beach Boys, Aerosmith, and Chicago. After playing as a sideman for many years, he recorded his own solo CD, 'The Way to the Lord,' in 2009. The title track reached #2 on the Independent Christian Music Charts.

Viren has been a music teacher since 1994. He received national recognition as an M-powered Educator for the Northwest Region of the United States. This award was for the use of technology in the music classroom. 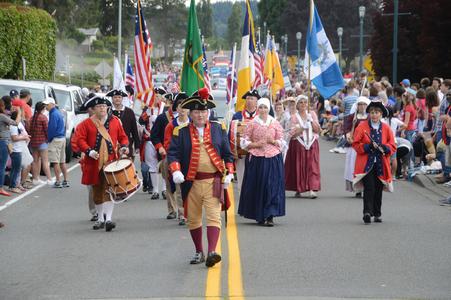 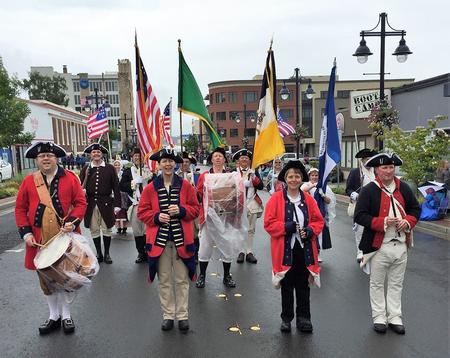 Drum Major Viren Lemmer was the driving force behind the creation of the Western Washington Color Guard Fife and Drum Corps.  He recently gave a presentation to the Alexander Hamilton Chapter.  The title was, “The Fife and Drum during the Revolutionary War.”  A brief synopsis of his presentation is provided, below, along with his biography.

“During the Revolutionary War, armies didn’t have radios to give commands. Music was the primary method for them to communicate over long distances. The fife was used because of its high pitched sound and the drum because of its low pitched sound. Both instruments can be heard from great distances and even above the awful din of the battlefield.

Fifers and drummers would provide the music to command all of the actions that soldiers needed to do throughout the day. They would play tunes in the camp, on the battlefield, or for a march.  They were vital to our army , and helped further the cause of our Nation’s independence.” 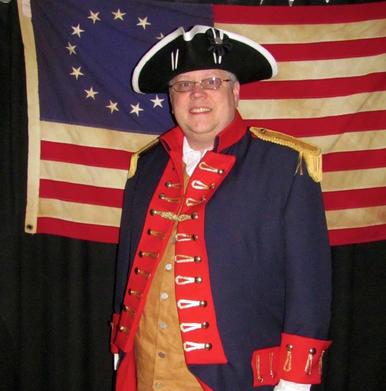