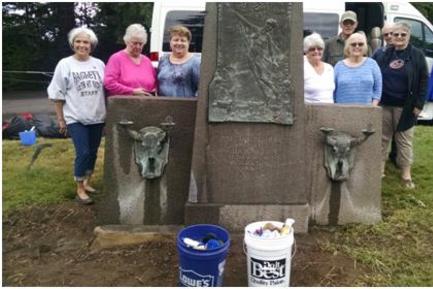 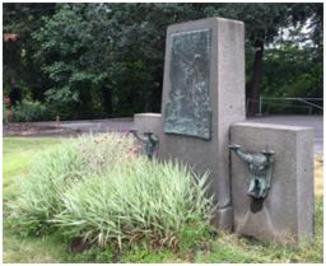 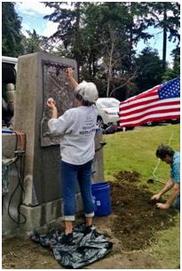 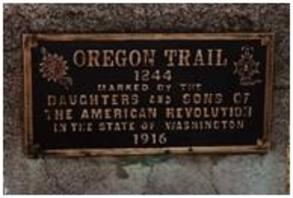 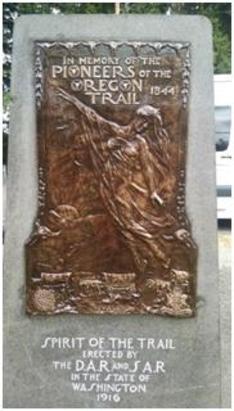 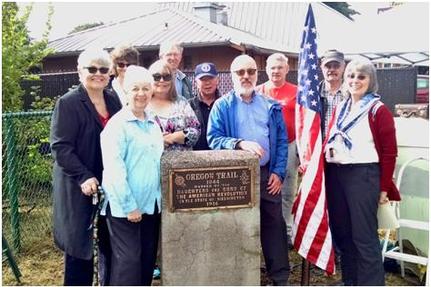 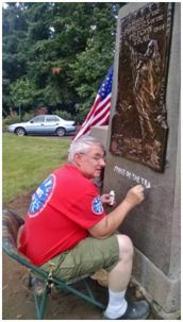 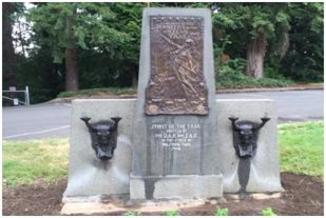 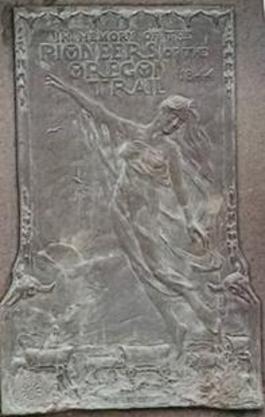 In preparation for the centennial birthday of the "Oregon Trail" markers, Mick Hersey and a group of volunteers recently restored the bronze plaques to their original beauty.   The group consisted of 3 DAR Chapters, and 2 SAR Chapters.  Mick taught the volunteers the proper cleaning and restoration methods.

There are 11 markers along the trail - spread out from Tumwater to Vancouver - that were placed by the Sons and Daughters of the American Revolution, beginning as early as 1916. Almost all of the markers are identical except the marker at the head of the Washington side of the trail, in Vancouver.

Planning for this restoration project took over 6 months, and began with the task of securing permission from various parties.

Ms. Shirley Stirling of the Sacajawea Chapter, WSSDAR, and Mr. Art Dolan of the Alexander Hamilton Chapter, WASSAR, were the coordinators of the cleaning. Permission was granted from private land owners, school boards, counties and cities in preparation of the cleaning.  This took more time than was thought possible as ownership had to be first identified.

Cleaning was coordinated and trained by Mr. Marion (Mick) Hersey of the John Paul Jones Chapter, WASSAR.  He has restored markers throughout the US, as well as the Western part of WA State. Coming down from Bremerton, he held a 2 hour training session in restoring the most common style of bronze markers.  He learned these skills from Mission Restore Bronze, a company from Arizona that restores Veteran Memorials throughout the south and has developed a wax/oil coating to seal Bronze. Using that product, and following their instructions, over 20 SAR & DAR members (and husbands of DAR  (HODAR) were trained on that Saturday.  Fourteen were trained in Tumwater, and the rest at the larger marker in Vancouver. 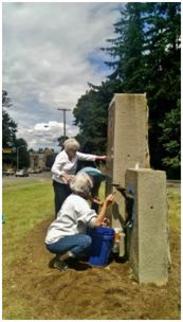