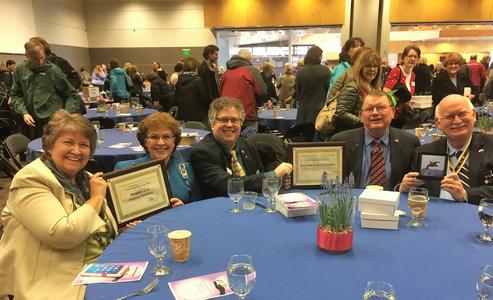 Yesterday the SAR-DAR Color Guard received the Pierce County "Outstanding Group Award" for their participation in the annual Citizenship Celebration where some 100 new citizens are sworn in as Americans!
Every September, some 400 families and friends of the 100 new citizens get a "Meet & Greet" from DAR ladies  in period dress and SAR Color Guardsmen  in regimental and militia uniforms.  When they arrive at the ceremony, the new citizens are cordially welcomed and given a small American flag and a copy of the U.S Constitution.  They are then asked  to place a pin in a big map to show where in the world they came from.  Next, they are escorted into the waiting room where Pierce County Auditor Julie Anderson's folks have seating and refreshments for the families and a playroom for the infants. Meanwhile, the new citizens process their final paperwork.
When everyone is seated in the auditorium, the SAR Color Guard presents the U. S. and Washington State Colors for the National Anthem, and then posts the Colors to the beat of Fife & Drum..
This ceremony was organized by Auditor Julie Anderson on her own initiative five years ago last September.   Washington's new citizens now have the option of attending this beautiful ceremony, rather than doing it in Seattle on July 4th.  And they love it!
After the swearing-in ceremonies, each new citizen & family takes a picture with the SAR & DAR and our Betsy Ross Colors.  These pictures rocket around the entire world.  Typically some 40 countries are represented among these citizens.
This is one of the most satisfying events of the year for the SAR & DAR Color Guard. 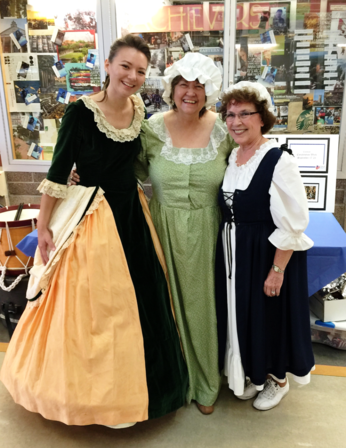 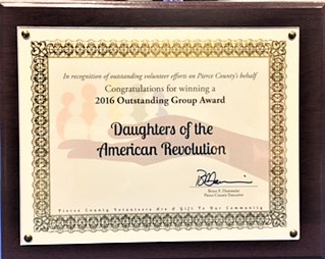 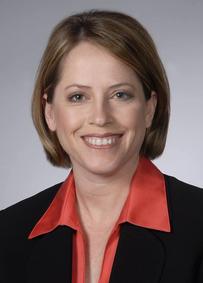 The "Outstanding Group Award" that was presented to the DAR.  The SAR received a similar plaque. 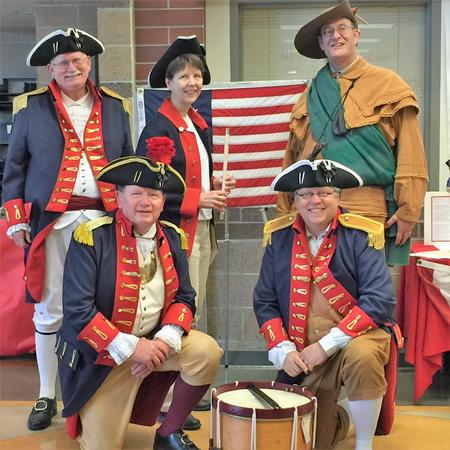