Notice he is an Eagle Scout, with our SAR Good Citizenship Medal alongside.  He will achieve Quartermaster rank ( equivalent to Eagle) in Sea Scouts this summer. 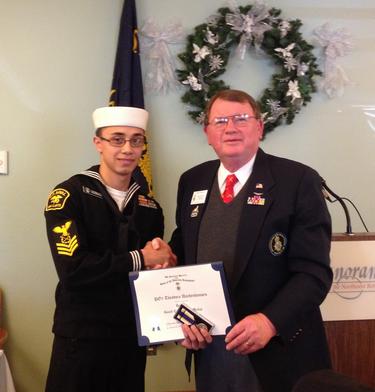 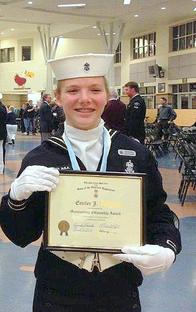 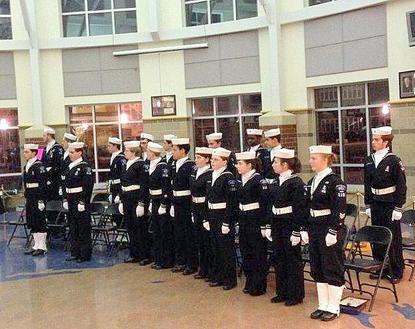 Leamon was a Cub Scout 5 years, Boy Scout 3 years, and Sea Scout 4 years (12 years!).  He went on 5 long cruises to Canadian waters, performed community service as crew more than 24 times aboard the S.E.S. Curtis , and is active in church, school and Navy JROTC.

His goals: Attend UW in criminal justice, join military reserves, and have a career in law enforcement.​

The Sea Scouts who operate and maintain the Charles N Curtis, Sea Scout Ship 110, are a branch of the Boy Scouts of America (BSA), Pacific Harbors Council.  There are currently about 45 coed scouts, ages 14-21, who train aboard this ship.   Like their landlubber counterparts, the Sea Scouts have various merit awards and assigned ranks that are based on their knowledge, expertise, and leadership qualities.  Their Quartermaster rank is the equivalent of an Eagle Scout.

Sea Scout Ship 110, has a long and storied history.  It was originally designated as U.S Coast Guard Ship #402 shortly after it was built in 1931.  It was equipped with a 50 caliber machine gun, depth charge racks, and a one pound cannon.  It's maximum speed was 24 knots.  During the prohibition period, it was used to chase down rum-runners on the east coast of the U.S.  In 1937, the ship was transferred to the Pacific Coast where it was used to patrol the Columbia River and the waters in and around Port Angeles.  In 1946, the ship was decommissioned and shortly thereafter sold to the Boy Scouts.  The ship was then renamed, Charles N. Curtis.

The Sons of the American Revolution (SAR) is committed to supporting this outstanding BSA program.  Each year, the Alexander Hamilton Chapter awards their top Sea Scout(s) with the SAR Good Citizenship Medal and Outstanding Citizenship pin.  Note: The Mid-Columbia Chapter supports the  Columbia River Sea Cadets, in Kennewick, an organization that is similar to the Tacoma Sea Cadets. 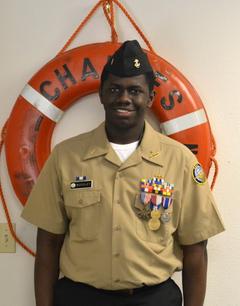 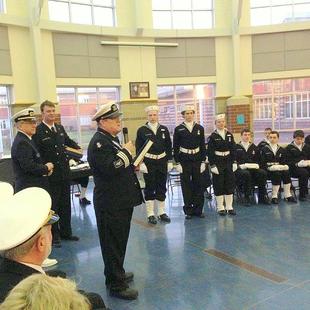