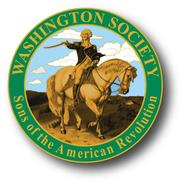 Our Founding Fathers gathered in Philadelphia in the summer of 1776 to draft our Declaration of Independence from Great Britain. On July 4 of that year, a free and independent United States of America was born. After the American patriots won independence on the battlefield, our Founding Fathers met again in 1787 to draft a plan for the governing of our new nation. That plan - our Constitution - was signed on September 17, 1787, by delegates to the Constitutional Convention in Philadelphia, presided over by George Washington. New Hampshire became the ninth state to ratify the document, and it was subsequently agreed that government under the U.S. Constitution would begin on March 4, 1789. For 229 years, our Constitution has proven to be an enduring guide in our quest to secure our Founding Fathers’ vision of a free and democratic America.

September 17, 2016, began the national celebration of Constitution Week. We celebrate our Constitution because it recognizes and protects both the sovereignty of our nation and our sovereignty as individual Americans. Under the Constitution, our Founding Fathers crafted a form of government that would be strong enough to secure our rights against domestic and foreign oppression and yet not so strong or extensive as to be oppressive itself.

The United States Constitution Week resolution signed into Public Law #915 on August 2, 1956 by President Dwight D. Eisenhower. The aims of the celebration are to (1) emphasize citizens’ responsibilities for protecting and defending the Constitution, preserving it for posterity; (2) inform the people that the Constitution is the basis for America’s great heritage and the foundation for our way of life; and (3) encourage the study of the historical events which led to the framing of the Constitution in September 1787.

Constitution Week is the perfect opportunity to read and study this great document which is the safeguard of our American liberties. The Washington SAR encourages all citizens across the country to take time this week to guard that which is committed to us by our forefathers... “our freedom." Keep faith with our founding fathers and fly the American flag during the week.