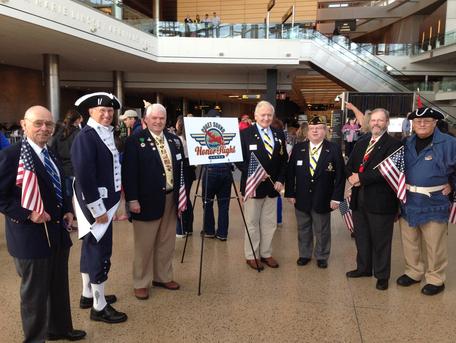 ​The Honor Flights program seeks to thank America's World War Two and Korean War veterans for their service and sacrifice by providing them with a free trip to Washington D.C. While they are there, they are given the full VIP treatment as they visit the various sites in and around the city.  On the top of the itinerary, is a visit to each of the various veterans memorials in order for these soldiers, sailors, airman, and marines to pay respects to their fallen comrades.

Note: The photo above of the 12 gentlemen standing in front of the American flag was not taken during the welcoming ceremony of an Honor Flight.  Instead, it was taken at the Kitsap Sun Pavilion in Bremerton by a member of the John Paul Jones Chapter.  It is included here, on this page, because these men are WWII veterans - the very men for whom the Honor Flight program was conceived. Interestingly, the man with the red hat (standing next to the man in the wheelchair) was a member of the famed 442nd Regimental Combat Team which was composed entirely of Japanese Americans.  It was this unit that fought bravely in Europe, and was the most decorated American unit in WWII. 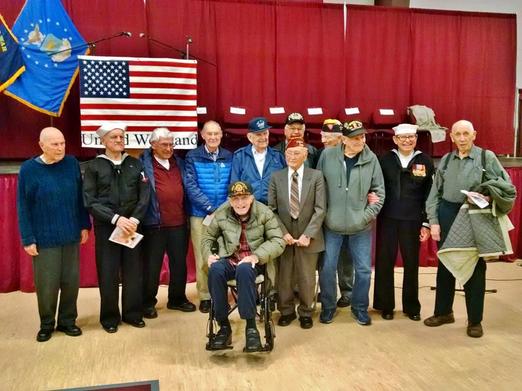 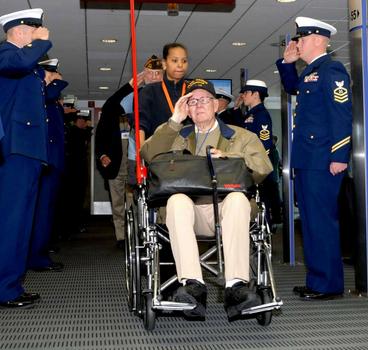 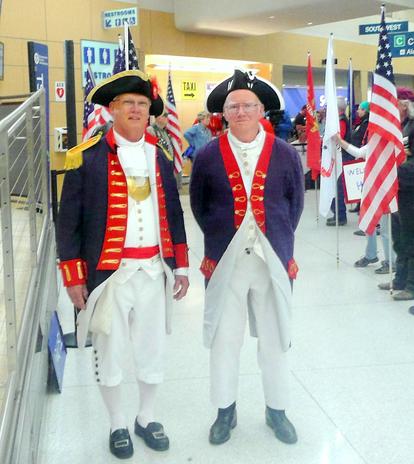