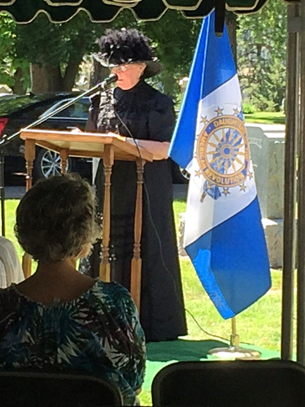 Thomas R. Tannatt (honored with the above monument) grew up in NY, NH, MA, and NJ.  As a young man, Thomas apprenticed as a bridge builder and studied mathematics. At the age of 20 or 21, he secured an appointment to West Point.

Lt.Tannatt rose through the ranks, and eventually became a General.  Later, after the war, he moved west where he made his home in Spokane, WA.  His efforts and contributions played a significant role in the development of Spokane and the NW. 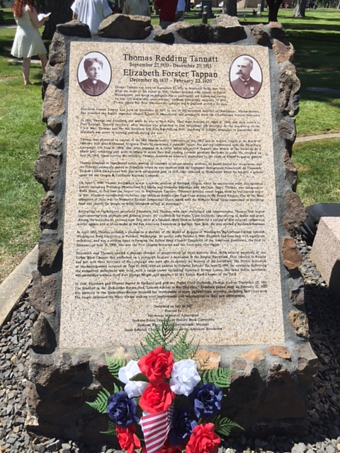 L to R: Lane Elliott, Stan Wills, and Dennis Shaw.  Together, these three members of the Color Guard posted colors for a DAR Chapter that was honoring the Tannatt family. 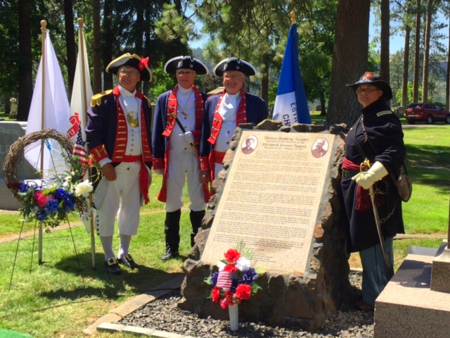 Thomas graduated from West Point in 1858.  He was ranked 7th in his class.  Upon graduating, he became an artilleryman.  His first assignment was to calculate "range tables" for several of the Army's new guns. Several years later in his career, on June 5th, 1861, Lt Tannatt's Commanding Officer deserted and henceforth swore allegiance to the Confederacy. 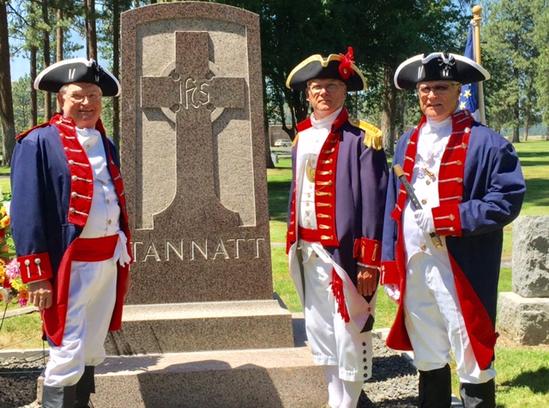