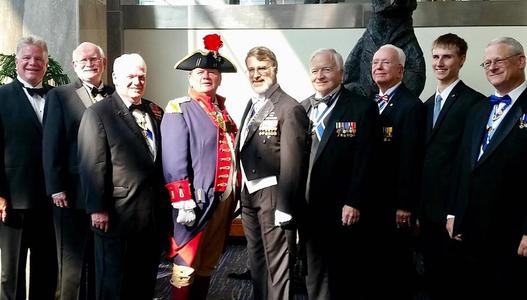 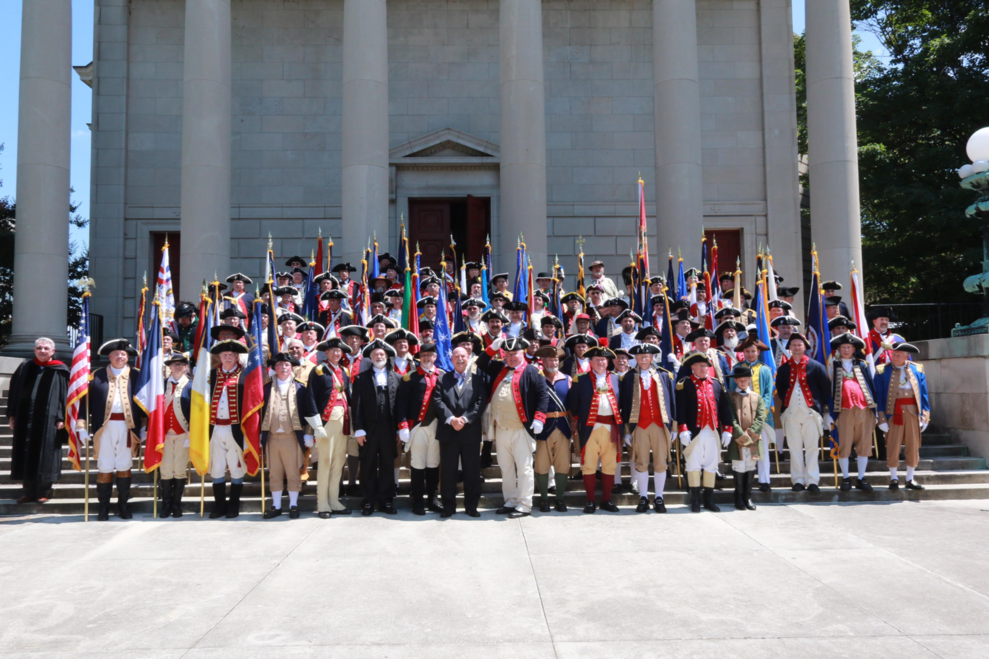 A panoply of uniforms of Continental Army, State Troops, and militia from all corners of the Colonies, and every year of the Revolutionary War (1775-1783)!

A great group of SAR.  Two from Washington, Jim Lindley & myself.  You can find us - Jim is holding the only green flag! And I am in the front row, 7th from the right.  90+ Color Guardsmen at First Baptist Church, Knoxville, TN. 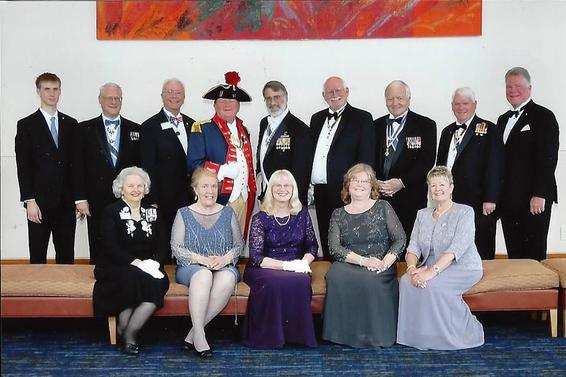