​As always, the DAR ladies were splendidly dressed and eager to march in the parade. ​ 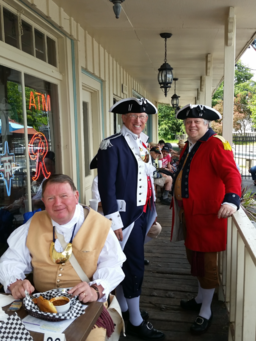 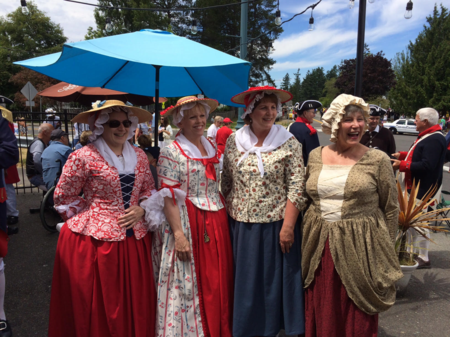 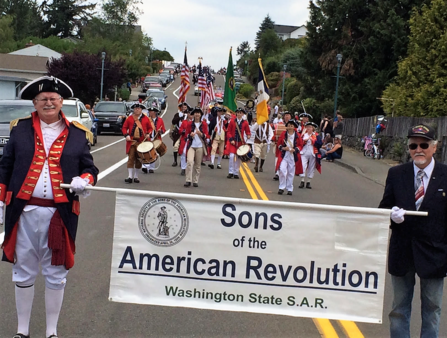 ​This year, the Washington SAR Color Guard and members of the DAR led the parade!  Doug Nelson (L) and Harold Steenbergen carried the banner. ​ 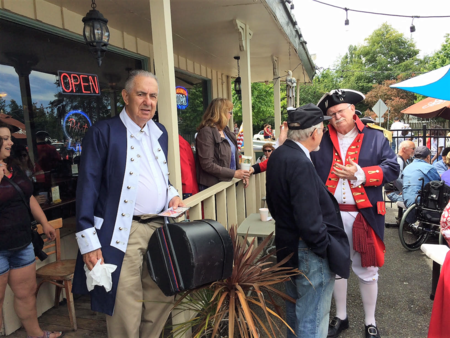 A tradition, of sorts, began last year and continued this year!  Before the parade, Bob O'Neal read aloud the Declaration of Independence to the Steilacoom Pub patrons and members of the Color Guard.  In the nearby hills, the Redcoats gather. 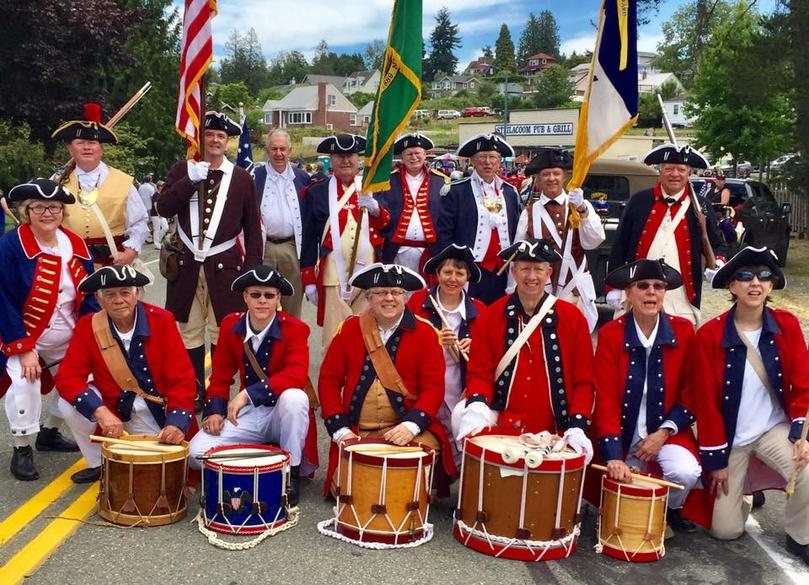 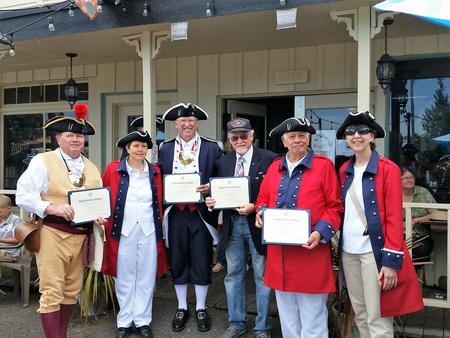 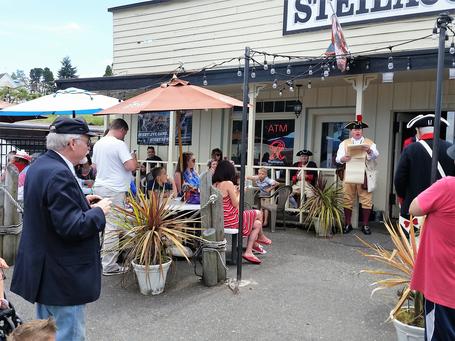