​Preparing to step-off - with sunny weather and flags a-fly'n .

​Prior to the actual parade, Drum Major Viren Lemmer (at left) shook out the kinks with an impromptu parking lot parade  All members were smartly in step as they played  "Yankee Doodle". 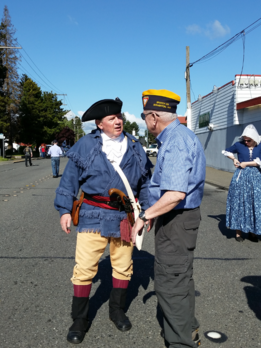 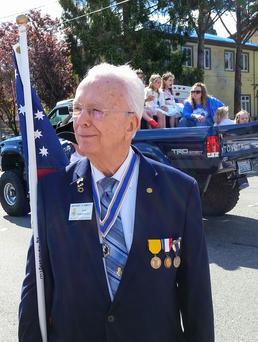 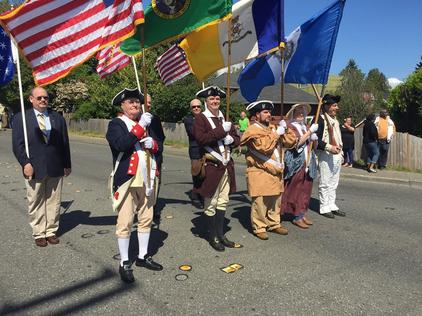 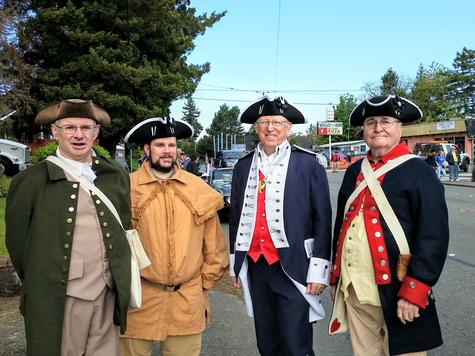 ​Many spectators lined the parade route, from start to finish.

​(L to R): Conrad Plyler and David Blevins, both from JPJ Chapter, lead the way. 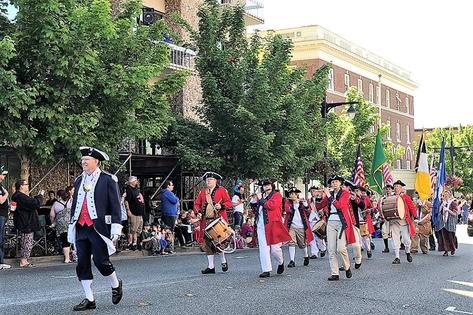 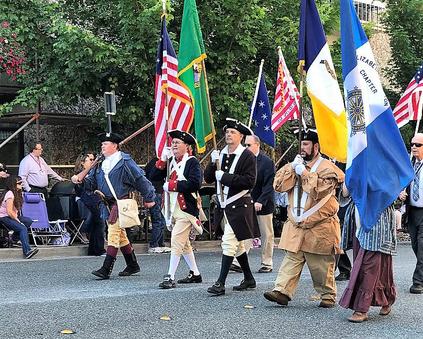 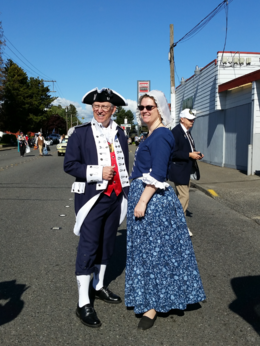 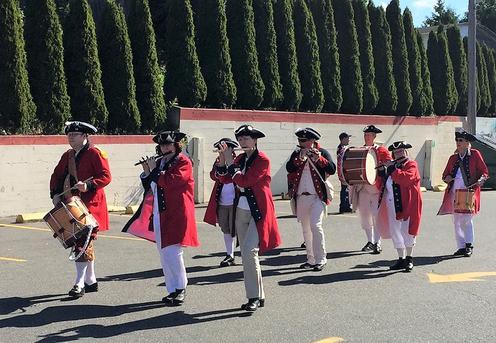 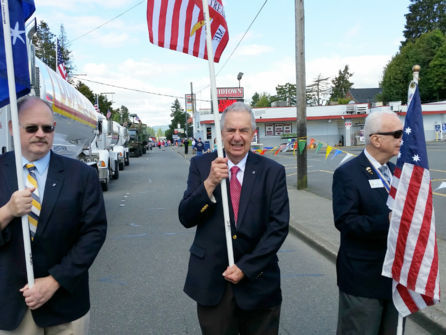 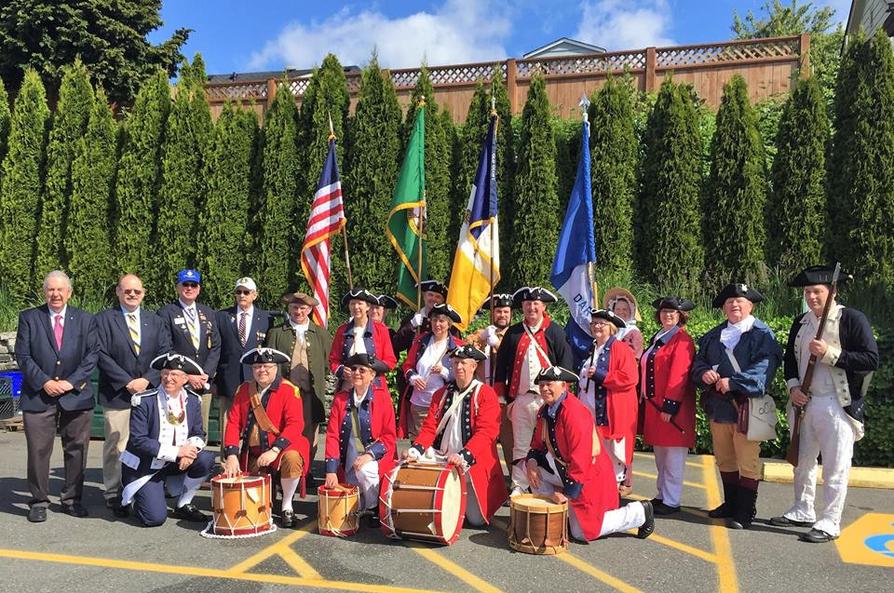 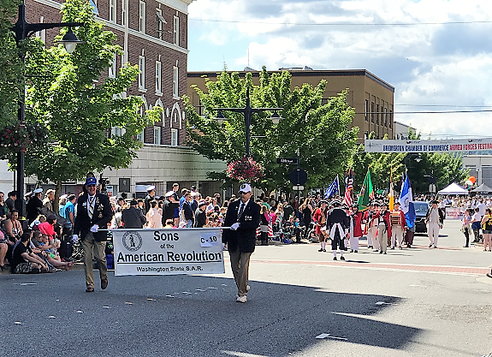 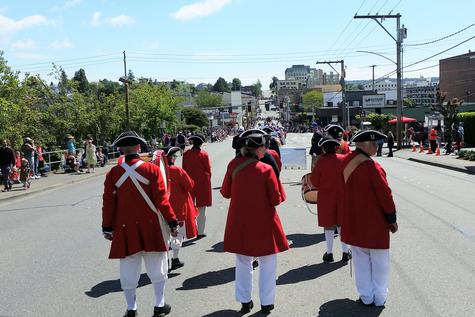