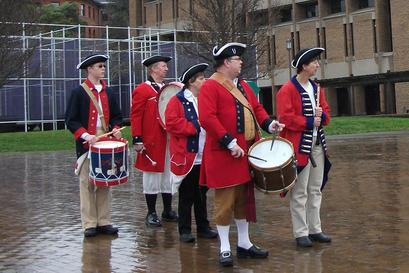 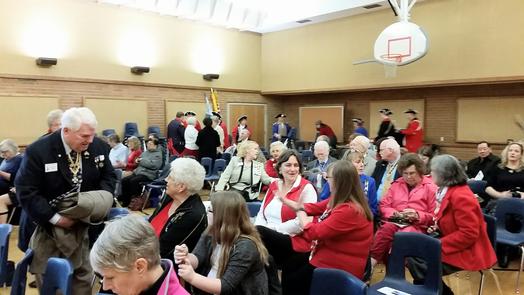 The combined SAR/DAR Fife and Drum Corps, in action. 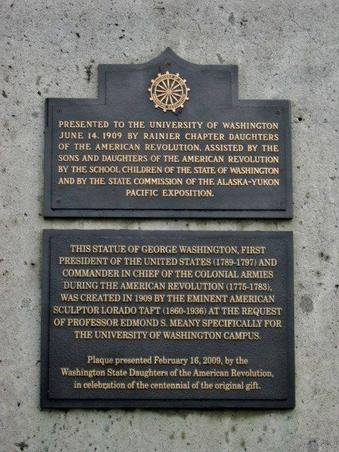 The George Washington Memorial statue on the UW campus, in Seattle, was placed in 1909 through the efforts of the Rainier Chapter of the DAR.  Each year, members of the DAR and SAR honor our first President and Commander in Chief by placing wreaths at the base of the monument.

This year marked the 107th year anniversary of the monument.  Prior to the wreath-laying ceremony,  there was a short gathering at a nearby LDS church . The Keynote Speaker this year at the Church was DAR Second Vice-Regent Lauri Langton. Her presentation was titled: "The Story Behind the Statue - How Pennies and Perseverance Acquired George" ​ 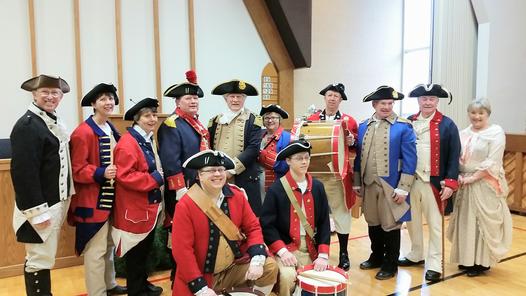 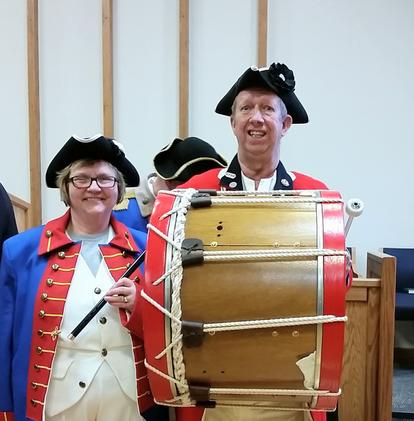 Members of the DAR, with Regent Julie Pittman (center, in black raincoat). 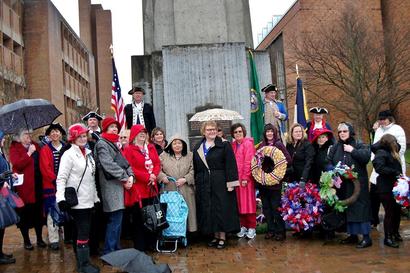 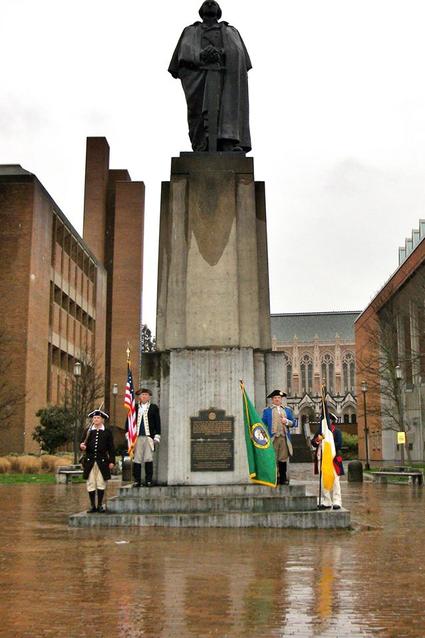 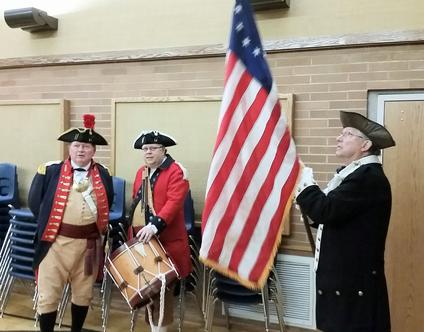 National Trustee Bob Doughty (far left) takes a seat next to Joyce Thomasson.  In the background, the Color Guard prepares to post colors.