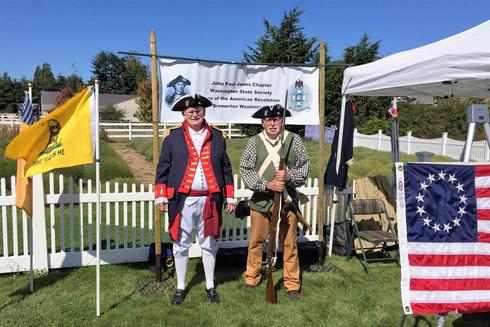 ​​Organizer of the Northwest Colonial Festival is Dan Wilbanks, a former teacher, educator and school principal. Dan oversaw the Festival proceedings and narrated the daily Battles of Lexington and Concord. 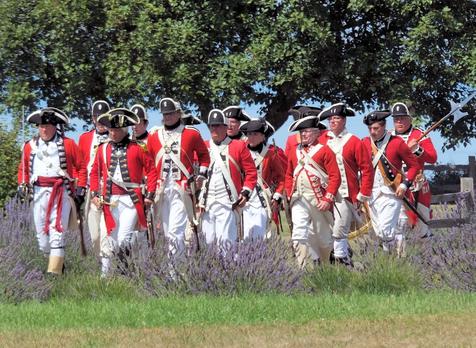 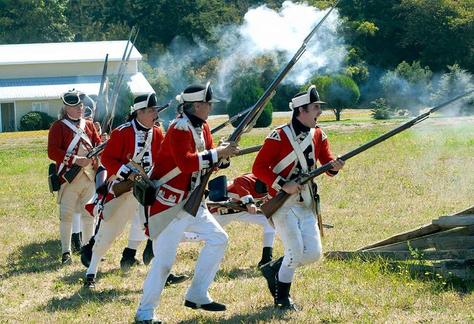 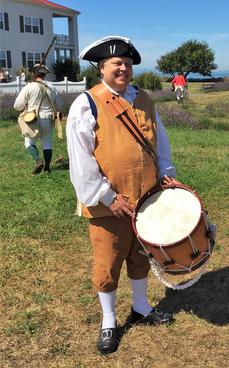 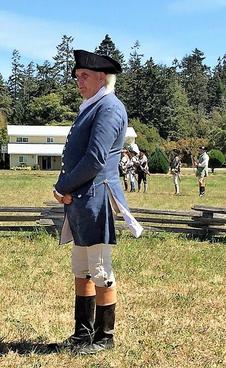 ​SAR Drum Major, Viren Lemmer was recruited to beat the commands for the patriots in the battles of Lexington & Concord. His first taste of combat with reenactors!

​​​Located in Sequim, the George Washington Inn, a bed and breakfast, a replica of Mount Vernon, is situated on the Potomac (Straits of Juan de Fuca). Teas were held each day, with visits by our founders, Benjamin Franklin, George Washington, John Adams and Paul Revere. 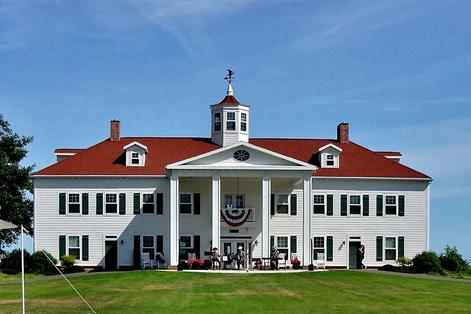 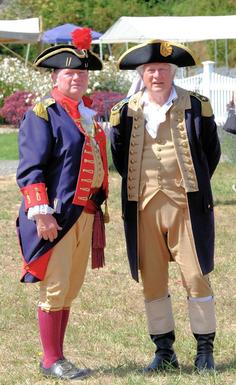 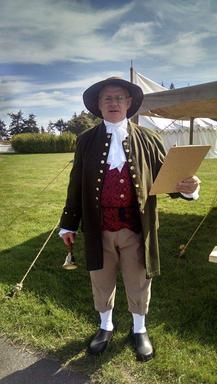 ​​​Captain Fred Gilbert explaining the technical aspects of a musket. 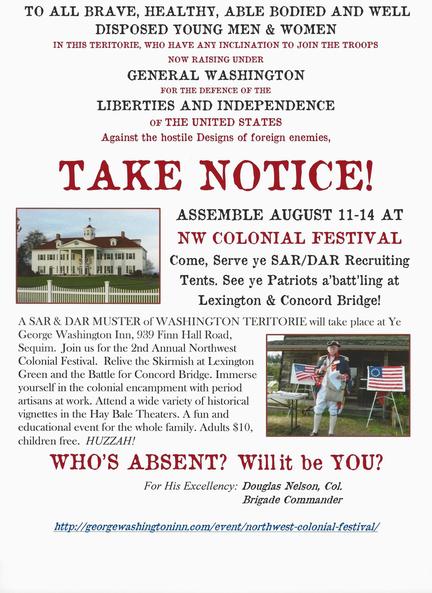 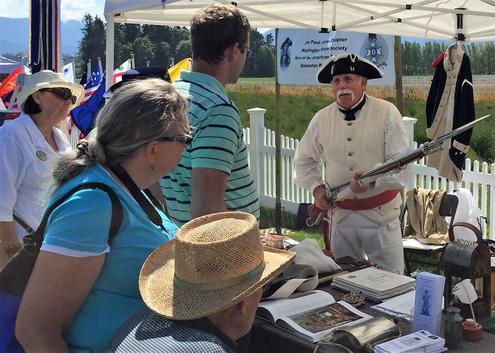