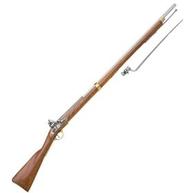 Do not mail your application to the National SAR.

Contest rules and application forms can be found at this link:ROTC/JROTC Recognition Program

The SAR awards the ROTC Medal to foster the principle of the "citizen-soldier", exemplified by the Minutemen of Revolutionary War days.  The award program is conducted in three (3) phases: Local Chapter, State Society and National Society to ROTC or JROTC cadets who are selected for having a high degree of merit with respect to leadership qualities, military bearing and general excellence.  The recipients are selected by the Commanding Officer of the ROTC or JROTC unit, who should be given full latitude in making the selection.
The SAR ROTC Medal is approved by the United States Army, the United States Navy, the United States Marine Corps, and the United States Air Force.  Each service has notified its ROTC and JROTC units of this approval and has authorized presentation to its cadets or midshipmen.
For ROTC or JROTC units with fewer than 500 cadets or midshipmen, one medal will be awarded each year.  The Washington State Society supports many High School JROTC Units and University ROTC Units.

The enhanced JROTC program is for Outstanding cadets in their Junior year of JROTC (a Third Year Cadet-11th grade) in a four year program.  For a two year JROTC program, a Second Year Cadet may be selected.
The winner of the state competition will be entered into the National Outstanding JROTC Recognition program.

The cadet will be flown to the NSSAR Congress to attend, receive his / her award, and be recognized by the National Society Sons of the American Revolution.  The award will be the National JROTC gold Medallion on a neck ribbon, a gold frame for the ribbon bar and a gold star for wear on the ribbon bar.  An additional amount, not to exceed $1,000.00, of expense money will be provided to pay for the combined travel, taxi to and from the airport, hotel and related meals for both the Cadet and his / her chaperone.  Expenses in excess of the $1,000.00 will be the responsibility of the Cadet.

DEADLINES ( The applicant year is: 01 January through 31 December )

1.  Completed Nomination Application Form;
2.  Original essay by the Cadet of 500 to 700 words.  The topic is: "How has JROTC prepared me to be a better citizen of the United States of America".