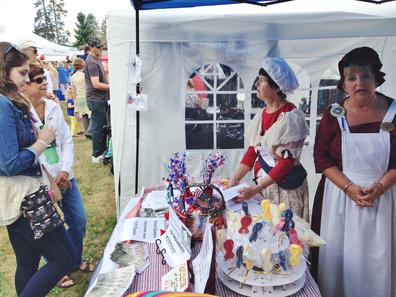 The SAR shares with the DAR the same values and goals of History, Education & Patriotism.  At the request of President Nelson, our State Society has launched the Washington Society’s DAR  Liaison Program.  Each SAR chapter president in asked to appoint a DAR Liaison Coordinator in their area.

The SAR “Martha Washington” Medal is presented to our DAR Compatriot, Hilda Meryhew of Lakota Chapter, DAR, for her continued support over the years to our Washington Society SAR.  This medal bears a likeness of Martha Washington in gold relief suspended by a drape in the SAR colors and is given in recognition of her outstanding service to the SAR.  Hilda Meryhew has supported our Washington Color Guard and the chapters of our Washington Society for several years.  She has marched with us in honor of our military veterans in several major parades, including the Bremerton Armed Forces Day Parade and the Auburn Veterans Day Parade.  Hilda, as the State DAR Historian has also made several history presentations as guest speaker to our SAR chapters on aspects of the American Revolution, often driving long distances from her home.   Hilda Meryhew’s support of our Color Guard and our SAR mission is worthy of recognition by the Martha Washington Medal, so named for another gracious Lady who supported the precepts of the American Revolution. 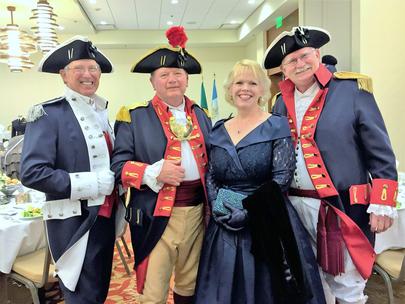 Compatriot Bob O'Neal is our State Society DAR Liaison Chairman for western Washington, and Stan Wills is Chairman for the east. These men are charged with opening conduits between our two great Societies in order to exchange information, exchange speakers, organize combined public events, recognize DAR members who support the activities of WASSAR, and collaborating to recruit the wives of SAR members for the DAR Society and husbands of DAR members for our Society. 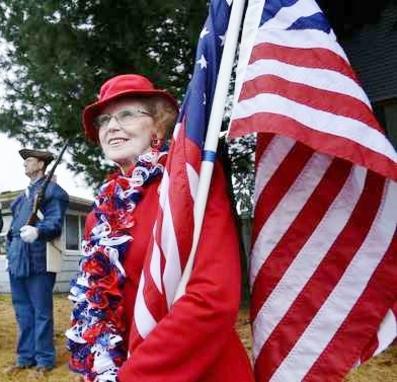 The SAR has five awards/medals with which to recognize ladies who support our Society.

Note: These medals are intended for ALL ladies, not just DAR.

"New SAR members are the very lifeblood of our growth as a Society. The most promising group of prospective SAR members are the husbands, sons, fathers, cousins, uncles, nephews and other relatives of our sisters in the DAR. The documentation is often already done. A promising source for new members."

Daughters of the American Revolution ( DAR )