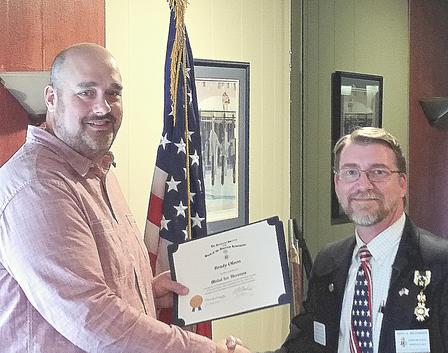 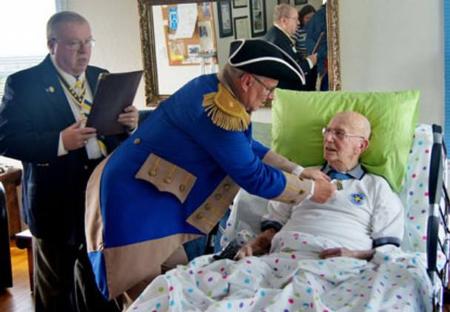 ​The Sons of the American Revolution (SAR) considers it a special privilege to be able to honor ordinary American citizens who have done extraordinary things.  These are the men and women who exemplify the ideals that we, at the SAR, seek to perpetuate within our community.  These are the Americans who make our nation truly great.

It is said that during World War Two the Japanese were amazed by the tenacity and courage of the American sailors, soldiers, airman, and marines.  This was especially true during the Battle of Midway, a battle that was a "must-win" for the United States.  Though severely outnumbered, our sailors and navy pilots demonstrated outstanding courage while attacking the enemy fleet.  Though many of these men - especially those in the torpedo squadrons - faced certain death, they persevered nonetheless.  As a result, the United States sank 4 Japanese aircraft carriers and emerged victorious from the battle.  It was a turning point in the Pacific war.

The men being honored in the two photos above both displayed courage and bravery.  Brady Olson (holding certificate), in the leftmost photo, is a teacher who tackled a student who threatened to shoot up his school with a shotgun.  On the right, John "Bud" Hawk is being honored for his heroism during WWII. He is a Medal of Honor recipient who lives in the Bremerton area.